The best way to follow the RBS Six Nations lands on your iPhone, iPad and iPod Touch! 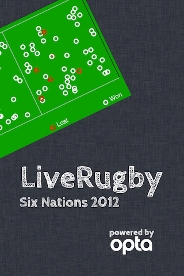 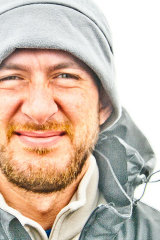 Giuseppe Sollazzo is a Senior Systems Analyst with a passion for mobiles.
He tweets and is known among tech circles as @puntofisso.
After some years working as IT analyst for hospital laboratories, and leading the implementation of web services as a free lancer, he moved to the UK, first as a PhD student in Computing at Imperial College, later as a developer, systems administrator and (currently) senior systems analyst at St George's University of London.
For St George's, among other projects, he's leading the deployment of the corporate mobile portal and the development of an open linked data system.
After moving to the UK, he developed a big passion for playing rugby. This app is his first attempt at conquering the mobile market merging his work and sports passions. He blogs at www.puntofisso.net.

Born May 22, 1984, Elena Claudia Munari is an architect having fanciful journalistic ambitions. Graduated in Architecture in 2009 with a thesis on urban planning and landscapes, during her early working experience she has experimented with different fields, from town-and-country planning to interior design. While working in London in 2010, thanks to the collaboration with a publishing house, she has developed an intense love for graphics and communication. Currently, she is trying to relate her academic background with her interests: graphic arts, photography and travel, with the aim to transform a simple passion into a real profession. She can be reached at elena.munari@gmail.com

Your opinion and feedback matter a lot! All fields are required.

Subscribe to our newsletter and get latest news to your inbox. No spam, we promise.